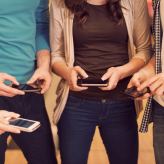 Say goodbye to your advertising-free Facebook Messenger conversations – the social networking giant has announced its plans to bring promotional messages into the fold. The private messaging feature of Facebook became one of the site’s newest features when it was recently branched off of the main platform. The move is not likely to win applause from Facebook’s users, but it marks an interesting turn in the platform’s development and also presents marketing opportunities for businesses. Here’s the low-down.

As well as Facebook Messenger, which the company has definitively announced will feature advertisements, it looks likely that WhatsApp will also become ad-supported. Facebook acquired WhatsApp in February 2014 for $22 billion, despite the company only generating 2013 revenues of $10.2 million and overall making a net annual loss of $138.1 million. At the time, Mark Zuckerberg indicated that the company would not seek to monetize either service until they had reached a billion users, while WhatsApp founder and CEO said that the plan remained for the app to focus for several years on growth rather than monetization.

The latest announcements appear to signal a change in those tactics. While there has so far been no concrete decision on the form that advertising in either app would take, the intention appears to be for Facebook Messenger to test the water, with WhatsApp following its lead once a successful formula has been found. Executives have suggested that they wish to explore alternatives to conventional banner ads. They have also reinforced the message that the two apps, which seek to serve different purposes and audiences, will remain independent of one another.

The sheer number of users now communicating on the WhatsApp and Facebook Messenger platforms each month is testament to the value that Facebook could drive from placing advertisements on the services. Unlike its main site, which serves advertisements, the Facebook Messenger app currently makes no profit. Until now, WhatsApp’s only revenue stream has been the nominal $0.99 annual subscription fee it collects from users after a year’s free trial – and the service remains completely free in developing countries outside of Europe and North America. But for businesses, too, the potential of advertising on Facebook Messenger and WhatsApp provides exciting new marketing opportunities and the chance to interact more closely with both potential and existing customers.

Learn more about using Facebook and other networks – both for advertising and wider social media marketing – to grow your business; give us a call today.