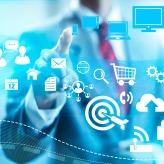 Microsoft is working to overcome the terrible reputation of Windows 8. The operating system was a major disappointment and was criticized badly by many who use it. Now Microsoft intends to stage a comeback by launching the all-new Windows 10. A raft of new innovations and features have been implemented into Windows 10, all of which are aimed at improving user experience. Microsoft has refreshed the overall appearance with a much cleaner, easier-to-understand design. Here are the key features of the new Windows 10.

Windows 10 comes with a new Internet browser called Microsoft Edge. Formerly named Project Spartan until around three months ago, Edge is officially a replacement for the aging Internet Explorer. Edge allows you to add notes, while accessing web pages, for future reference. It also comes with a new reading mode that removes all the other distracting elements of a web page and leaves you with just the text. This allows for a good reading experience, not to mention faster loading time.

Cortana is Microsoft’s personal assistant and the rival to Apple’s Siri. When Cortana first arrived in preview versions of Windows 10, there were several bugs and compatibility issues. But Microsoft has been working hard to address these. Just like on Windows Phone devices, you can interact with Cortana using either text or natural voice queries. Cortana can perform many basic tricks and tasks, such as taking notes, scheduling meetings, setting alarms, calling people on Skype, and playing music. She can also scour your computer, OneDrive account, and even your business network to find files based on your input.

Windows 10’s Continuum feature is designed to make the OS work seamlessly on hybrid desktop and tablet devices. Users are able to switch between touch and desktop modes, depending on the device they’re using. When you unplug your keyboard and mouse, a small popup will appear asking whether Windows should switch to tablet mode. Once tablet mode is enabled, all the windows on the desktop will immediately go to full screen. On the other hand, if you plug in a keyboard and mouse, Windows 10 will launch another pop-up asking whether you wish to return to desktop mode. Another impressive feature of Continuum is the ability to connect your Windows Phone with a PC, essentially turning your smartphone into a pocket-friendly desktop.

The absence of the the Start menu in Windows 8 caused dissatisfaction among most Windows OS fanatics. Microsoft won’t make the same mistake twice. And so the Start menu will be returning to Windows 10 at the front and left of the home screen. When opened, the menu splits into two columns – one the traditional list of programs, the other app-style icons. A universal search function has been added to the Start menu, making for easier file browsing.

Windows 10 is made first and foremost for desktop users, whereas its predecessor Windows 8 was aimed at mobile and touchscreen devices. Microsoft has hinted that Windows 10 will be launching in late July 2015, available in 190 countries and 111 languages.

If you’re looking to incorporate Windows OS into your business, contact us today and see how we can help.